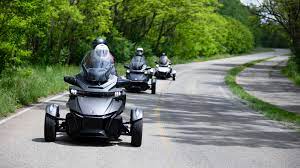 David Narreau, 75, of Indian Orchard, MA died Thursday, December 23rd. He was born, July 29, 1946 in Ludlow to Ovila and Dorothy Narreau. David resided in Wilbraham, MA during his childhood years.

Dave worked at The Massasoit Laundromat in Springfield, MA when he met the love of his life, Lilianne, who would later become his wife. They wed in 1968 and they celebrated 53 years together this past October.

For 43 years David worked at the AG Miller Company in Springfield, MA.

David had several hobbies and interests. He loved pretty much anything with an engine. Hot rods and racing cars were ways both he and Lilianne enjoyed spending time.  Relaxing on his boat and snowmobiling were also among their favorite activities.

He was a huge motorcycle enthusiast. One might even say he was a human GPS, as he had every great back road memorized in the Northeast. (yeah, really!)  He also loved sports, especially the Boston home teams. Bruins hockey, his absolute favorite.

David was loved by all who knew him and enjoyed being silly and cracking jokes, especially with his grandchildren, his family, his work family and his “biker” friends.

A Remembrance/Memorial motorcycle ride is being planned for this summer. Information will be posted on Facebook.

In lieu of flowers or gifts, the family asks that donations be made in his name to the following charity of your choice.

To send sympathy gifts to the family or plant a tree in memory of David Narreau, please visit our tribute store.