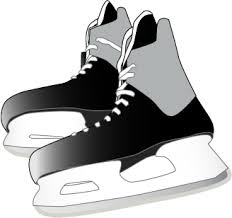 Dominic J. Torretti, 40, a lifelong resident of Ludlow, died Friday, November 6, 2020 at Baystate Medical Center in Springfield. Born in Springfield on Jan. 8, 1980, he was the son of Dominic and Deborah (Rigali) Torretti of Ludlow. Dominic attended Cardigan Mountain Prep School in NH, and then joined his older brother at Avon Old Farms Prep School in Connecticut where he served as a Captain of the hockey team in his senior year. While attending Avon Prep, he won an award for pottery design sponsored by UConn. He received a scholarship to play hockey at Providence College where he played for two years before he transferred to UMASS, Amherst where he continued his hockey and graduated with a Bachelor’s Degree in Environmental Science. Dominic started playing hockey for the Ludlow Hockey Association, and continued for the Springfield Junior Olympics out of the Boston Metro League, and later with the Des Moines Buccaneers in the Junior League. He was also on many travel teams and played throughout Europe before heading off to Providence College.

Along with his brothers, he co-owned Clean Septic in Ludlow and was an integral part of the family business. He had many hobbies including hunting, fishing, golfing, and skiing. Most of all, he loved spending time with his son, Dominic, kayaking around Haviland Pond in Ludlow, hiking, going to concerts, vacations and especially watching him at his soccer games. He also enjoyed spending time with his parents and ATV’ing around the family farm in Ludlow. Dominic will be remembered as a kind person whose motto was “Do the little things, for it is the little things that make a huge difference in someone else’s life, including your own.”

In addition to his parents and his son, Dominic is survived by his two older brothers that he adored, Nathan and Nicholas Torretti both of Ludlow, a niece, Liliana Torretti, as well as many aunts, uncles, cousins and friends.

A public walk-thru visitation will be held for Dominic on Friday, Nov. 13 from 4-7pm at Nowak Funeral & Cremation Services, 15 Ludlow Ave., Springfield. Family and friends are also invited to attend the Funeral Mass for Dominic on Saturday, Nov. 14 at 10am at St. Elizabeth’s Church, 191 Hubbard St., Ludlow (please meet directly at the church) followed by burial in Island Pond Cemetery in Ludlow at approximately 11:30am.

In lieu of flowers, contributions in Dominic’s memory may be made to the Ludlow Hockey Association, P. O. Box 627, Ludlow, MA, 01056 or Shriner’s Hospital for Children, 516 Carew St., Springfield MA 01104. For online condolences, please visit www.nowakfuneral.com.

To send sympathy gifts to the family or plant a tree in memory of Dominic J. Torretti, please visit our tribute store.