Share a memory
Obituary & Services
Tribute Wall
Read more about the life story of Joan and share your memory.

Joan L. (House) Adams, 90, passed away November 24, 2022 at Care One Redstone in East Longmeadow. She was born in Springfield, MA to the late Dorothy (Ramsey) House and Arthur House, the pro at Ludlow Country Club for 43 years. Joan was a longtime area resident, spending 39 years in Wilbraham and had also resided for 8 years in Falmouth Air Park on Cape Cod. She was a 1951 graduate of Springfield Technical High School. In the 1950’s, Joan was the vocalist for the Frankie Carle and his Orchestra, a 15-Piece band, that performed in all but 2 of the contiguous U.S. states. With the band, she sang songs popular of the time and also performed at the Statler and Philadelphia Hotels in New York. She also cut a couple of records. Joan married the love of her life, John “Jack” Adams in 1956 and she took on her most rewarding career of raising her 3 beloved children. She was a wonderful homemaker, caring mother, and devoted and loving wife.

Joan leaves her husband of 66 years, John J. Adams; her children, Donna Watson and her husband Richard of Norwell, MA, John J. Adams, Jr. and his wife Joann of Wilbraham and Julie Donati and her husband William of Wilbraham; her grandchildren, Ivy Watson, Sean Adams, and Olivia Donati, a great-grandson, Henry Watson, her nephew, Michael Clemens of East Longmeadow, and her cousin, Marjorie Wahl of California. She was predeceased by her parents, a sister Ruth Clemens, and her aunt and uncle, Edith and Frank Carle.

All services for Joan will be held privately and at the convenience of her family. Nowak Funeral & Cremation Services has been entrusted to arrange her services. To leave online condolences, please visit www.nowakfuneral.com.

To send flowers to the family or plant a tree in memory of Joan L. (House) Adams, please visit our floral store. 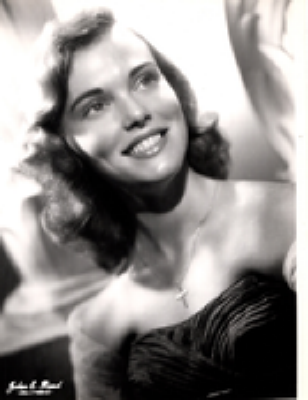 Look inside to read what others
have shared
Family and friends are coming together online to create a special keepsake. Every memory left on the online obituary will be automatically included in the book.

Look inside to read what others have shared

Family and friends are coming together online to create a special keepsake. Every memory left on the online obituary will be automatically included in the book.

You can still show your support by sending flowers directly to the family, or by planting a memorial tree in the memory of Joan L. (House) Adams
SHARE OBITUARY
© 2023 Nowak Funeral & Cremation Services. All Rights Reserved. Funeral Home website by CFS & TA | Terms of Use | Privacy Policy | Accessibility