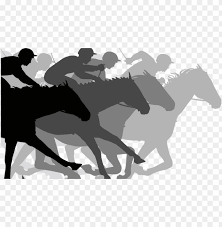 Joseph A. Maloney, 74, of Monson, died at home on Tuesday, August 9, 2022. Born in Somerville, MA on November 16, 1947, he was the son of the late Augustine and Mary (Connley) Maloney. He was raised in Medford, moved to Western Mass in the early 1980’s, and had lived in Monson for the past 13 years. Joe was a U.S. Army veteran of the Vietnam War, serving from 1968-1971. He then graduated from Westfield State College, where he received his Bachelor of Arts in 1997.

Joe was a renaissance man.  While he was living in the eastern part of the state, Joe worked as a school bus dispatcher for the City of Boston during the period of the Boston school desegregation, he did roofing and road repair he owned a restaurant & bar, and several racehorses which he ran on the east coast. He sailed throughout the Caribbean. Locally, he worked as a fabricator for Advanced Drainage Systems, and most recently as the Business Manager for Maloney’s Inc.

Joe is survived by his wife of 30 years, Anita L. (Taylor) Maloney, his step-son, William Bradway and his wife Susan of Indian Orchard, his step-daughter, Ericka Bradway of Monson, his brothers, John “Jack” Maloney of Plymouth, Thomas Maloney and wife Debra of Medford and Michael Maloney and wife Arlene of Wilmington, one sister, Kathryn and her husband Stephen of New Jersey, as well as 4 granddaughters-Ashley & Ceirra Bradway, Madalyn & Claudia Arceo.

Funeral Services for Joe will be held on Saturday, Aug. 20, with Calling Hours from 10am-12noon at Nowak Funeral & Cremation Services, 15 Ludlow Ave., Springfield. A Funeral Service will follow in the funeral home at 12noon, officiated by Rev. John Blunt. Services will conclude with Military Honors provided by the U. S. Army Honor Guard in recognition of Joe’s military service. To leave the family an online condolence, please visit www.nowakfuneral.com.

To send flowers to the family or plant a tree in memory of Joseph A. Maloney, please visit our floral store.

A Memorial Tree was planted for Joseph

Join in honoring their life - plant a memorial tree