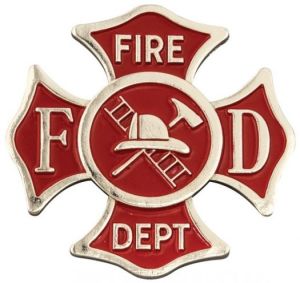 Richard A. McBride, Sr. passed away January 4, 2021. Born in Springfield, MA on December 30, 1930, he was the only child of Hugh Arthur McBride and Susan Belle (Mattocks) McBride. Dick (or "Mac") graduated from Springfield Trade School at age 16 and later worked as an apprentice sign painter until he had his own business. Dick then entered the Korean War and served 4 years both US Navy and Coast Guard where he was honorably discharged. He then married Marilyn M. (LaBarre) McBride in 1953 and this week they celebrated 68 years of a strong, committed and loving marriage. Richard was a Springfield Fire Department Lieutenant for over 30 years. After retirement, he enjoyed traveling within the US and abroad with Marilyn. Dick then volunteered at the Shriners Hospital Orthopedic Unit in Springfield. Richard also attended STCC where he took several art classes.

Dick adored his children and was highly involved with their activities as well as helping around the house with cooking, laundry, etc., both certainly not in vogue at that time in the 1950's. Dick's art work was appreciated as was his heartfelt poetry written to his beloved children. Dick was also asked to letter a personalized fire helmet for actor/comedian Bob Hope, which was proudly presented to Mr. Hope. Richard was an active Veteran of the USCG, member of Knights of Columbus, the Elks Clubs and American Legion. Dick was involved with the Springfield YMCA and also Springfield Senior Olympics where he won a bronze medal playing racquetball. Many friends remember Dick as reliable, hardworking, patient, perfectionistic, a doer, artistic, a comedian, compassionate, and devoted.

Richard was deeply saddened when he was predeceased by two of his children: Susan Anne McBride Boutin (2005) and Richard A McBride Jr (2007). Richard is survived by his best friend and wife of 68 years, Marilyn Mabel (LaBarre) McBride and by 2 daughters, Mary E. McBride Majkut (and her husband, John J. Majkut) of Orleans, MA and Beth Ann McBride Ryan (and her husband Allan Ryan) of Chicopee, MA. Richard proudly boasts of his 5 grandchildren: Robert C. Majkut and his wife Holly, Matthew Majkut and his wife Dawn, Kristina Boutin, Eric Boutin and his wife Jane, Ann Marie Boutin and two great grandchildren, Maisie and Jonas Majkut.

We will all deeply miss you and we thank you for the gentle and loving role model you were to so many. You lived your life fully and according to St Francis of Assisi's prayer: "Lord, let me be an instrument of your peace…" Deep love from us all.

Responding to the current COVID situation, Dick's family will have a celebration of life ceremony this coming Spring/Summer in the Springfield area. Date to be announced.

To send flowers to the family or plant a tree in memory of Richard A. McBride, please visit our floral store.

You can still show your support by sending flowers directly to the family, or by planting a memorial tree in the memory of Richard A. McBride
Share a memory
© 2021 Nowak Funeral & Cremation Services. All Rights Reserved. Funeral Home website by CFS & TA | Terms of Use | Privacy Policy