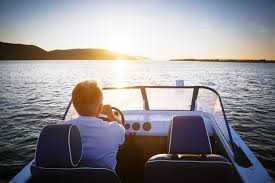 Robert E. Libiszewski of Spring Hill, Florida, passed away on April 16th, 2022, in Florida.  Bob was born September 2, 1937, in Ludlow, Massachusetts.  He was a long-time resident of Old Saybrook, CT before making residence in Florida.

Bob graduated from Ludlow High School in 1954. He served his country honorably in the U.S. Navy from 1954 to 1958 as a Torpedoman’s Mate during the Korean War.  After leaving the Navy he became a carpenter and excelled in his profession throughout his lifetime, teaching his sons the skills needed to follow in his footsteps and they too became carpenter contractors.  Bob and his sons could often be found working on their many jobs together.  Bob valued hard work and quality but knew how important it was to have good times and some would say he played as hard as he worked.  On many occasions during the summer, you would find him on Long Island Sound speeding around on his boat with family and friends.  Bob was always known to have a smile on his face, a gleam in his eyes, and the fullest head of hair you have ever seen, he will be greatly missed by all.

Bob was predeceased by his parents John and Helen Libiszewski, his brother John, a niece Donna and a nephew Nicholas.

A Celebration of Life gathering will be held Monday, May 9th from 3pm - 5:30pm at the Nowak Funeral Home, 15 Ludlow Avenue, Indian Orchard, Mass 01151 with a Prayer Service to follow at 5:30pm.

To send flowers to the family or plant a tree in memory of Robert E. Libiszewski, please visit our floral store.