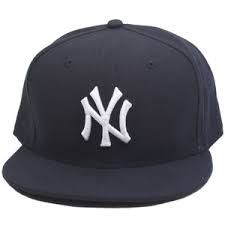 After World War II a baby boom exploded across America as the soldiers came home from war.  On a very hot and sunny August 6, 1947, Theodore, named after the Patron Saint of his grandfather’s hometown, San Mango Sul Calore, was born to Emilio and Dora (Fiorentino) Sibilia.

Ted attended Trade High School in Springfield and got his first job at a fledgling hamburger joint named McDonald’s.  He then worked for many years at the family business, S & S Distributing. Starting out as a truck driver and later moving into sales he loved working with his extended family. Following this he embarked on a second career as an entrepreneur. He was especially proud of a laundromat he opened with his brother Joe and later he followed his father and grandfather’s footsteps as a restaurateur. He operated several neighborhood favorites including Pasta Fino in Westfield, Mama Concetta’s in Springfield and Viva LaPasta in West Springfield. Good food was in his blood and he loved sharing that with family, friends and the public.

Ted loved music, especially doo-wop, the Beatles and the Rolling Stones. One of the last times he was smiling was when he was introducing various Stones songs to his young adult grandson while in the hospital. He played drums in various bands and was known to play guitar and sing at parties. Towards the end of his life, he was known locally as the guy that sang beautiful Italian songs from his deck on pleasant summer evenings.  He loved the Yankees and wore his favorite cap everywhere but was always a good sport when his children, avid Red Sox fans, gave him grief.

Ted was predeceased by both of his parents. He leaves his son T.J. (Laura) Sibilia of Dover VT, son Anthony (Sheralyn) Sibilia of Mansfield Center, CT  and daughter Sharon Sibilia of Valrico, FL.  He leaves four grandchildren, Casey, Katherine, Lauren and Megan. He is also survived by his brother Joe of Hampden MA.  Ted, or Teddy as he was affectionally known by his close family, was born into a tight-knit Italian family. He remained especially close throughout his lifetime to his cousins, especially Richard Gallivan, Richard Sibilia & Gary Sibilia.

The Shriners hospital is near and dear to both the Sibilia and Fiorentino families. In lieu of flowers, gifts or Mass cards, please donate to:

A Memorial Tree was planted for Theodore

Join in honoring their life - plant a memorial tree